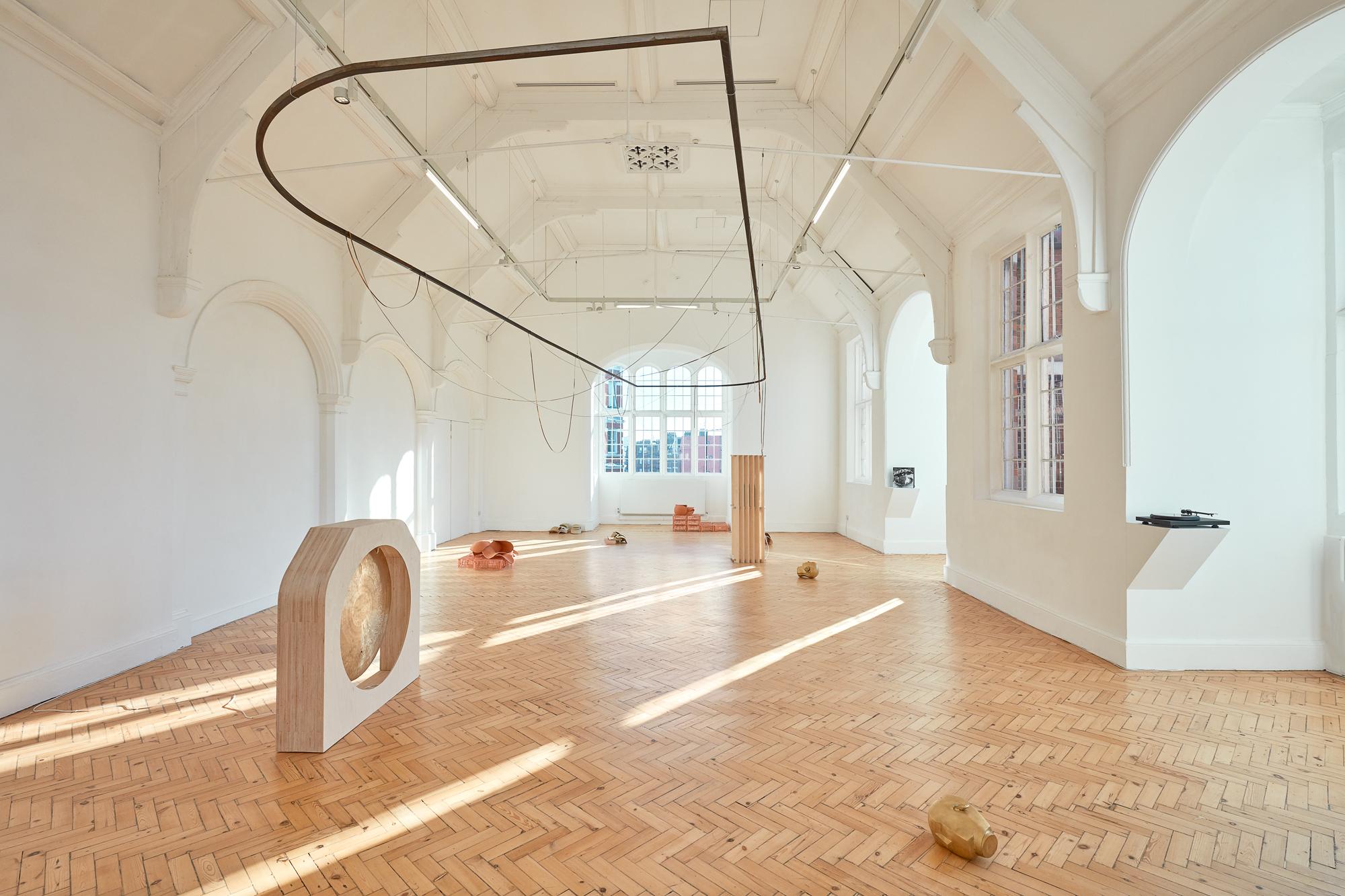 ARCH is pleased to announce Hollowed Water, the second instalment of a major solo institutional exhibition by Athanasios Argianas, co-produced by Camden Art Centre, London, where it was exhibited last year.

Hollowed Water is an exhibition of work in music, sculpture and video by Athanasios Argianas (b. 1976, Athens).

The exhibition moves through different scales of time - from deep time to historical time and the empirical perception of duration - and the physicality of music and language itself. An artist and composer with a background in classical music, Argianas often works across disciplines, exploring how the procedures and protocols associated with one might be brought into play in another. During a fellowship at Camden Art Centre and Wysing Arts Centre in 2018-19, he developed recordings and new musical compositions, investigating musical structures that draw parallels between baroque techniques and late modern minimalism, like canons, phasing and repetition. A set of modular ceramic sculptures, loosely resembling bodies, traces nuanced shifts from the curves of Art Nouveau to 1930s modernism. In contrast to these weighted bodies, a suspended parallelogram is draped with thin strips of brass that are etched with words describing absent objects - virtual and obscure.

Alongside the main exhibition spaces, the library of ARCH will be converted into an immersive audiovisual projection room hosting Argianas’ homonymous film "Hollowed Water (a gesture 24 times)".

In 2012, his work was featured in The Imminence of Poetics, The 30th Biennale of Sao Paulo, Pavilhão Ciccillo Matarazzo, Brazil and at PERFORMA 13 in New York one year later.

Argianas’ major work The Length Of A Strand Of Your Hair, Of The Width Of Your Arms, Unfolded is currently on display at the permanent collection of EMST, the National Museum Of Contemporary Art, Athens.

In the Fall of 2021, his work Song Machine 19 opens at the permanent collection of Frédéric de Goldschmidt, Brussels.

Together with Rowena Hughes, Argianas runs Daedalus Street, a project facilitating the development of new artworks by invited artists in their studio in Athens.