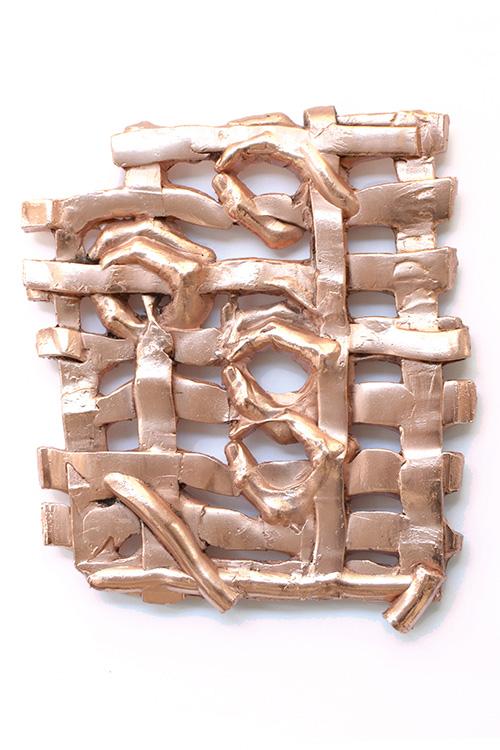 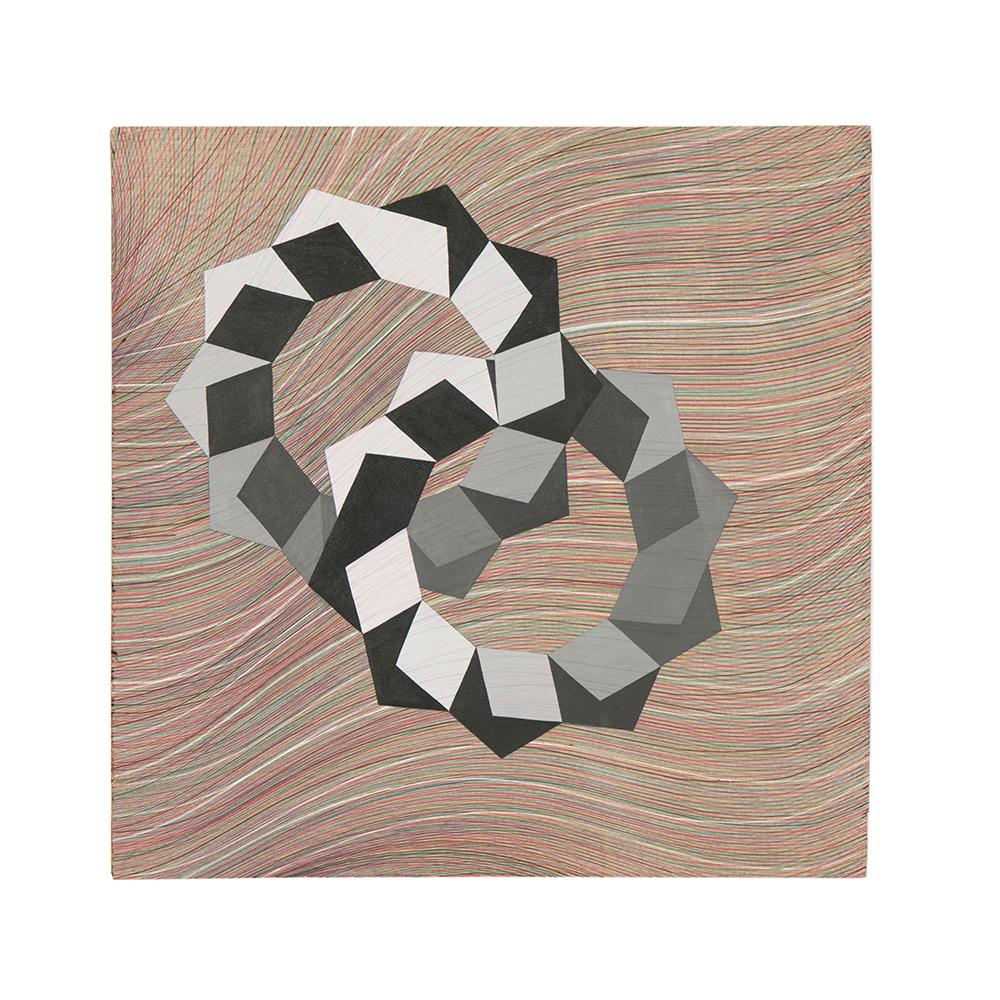 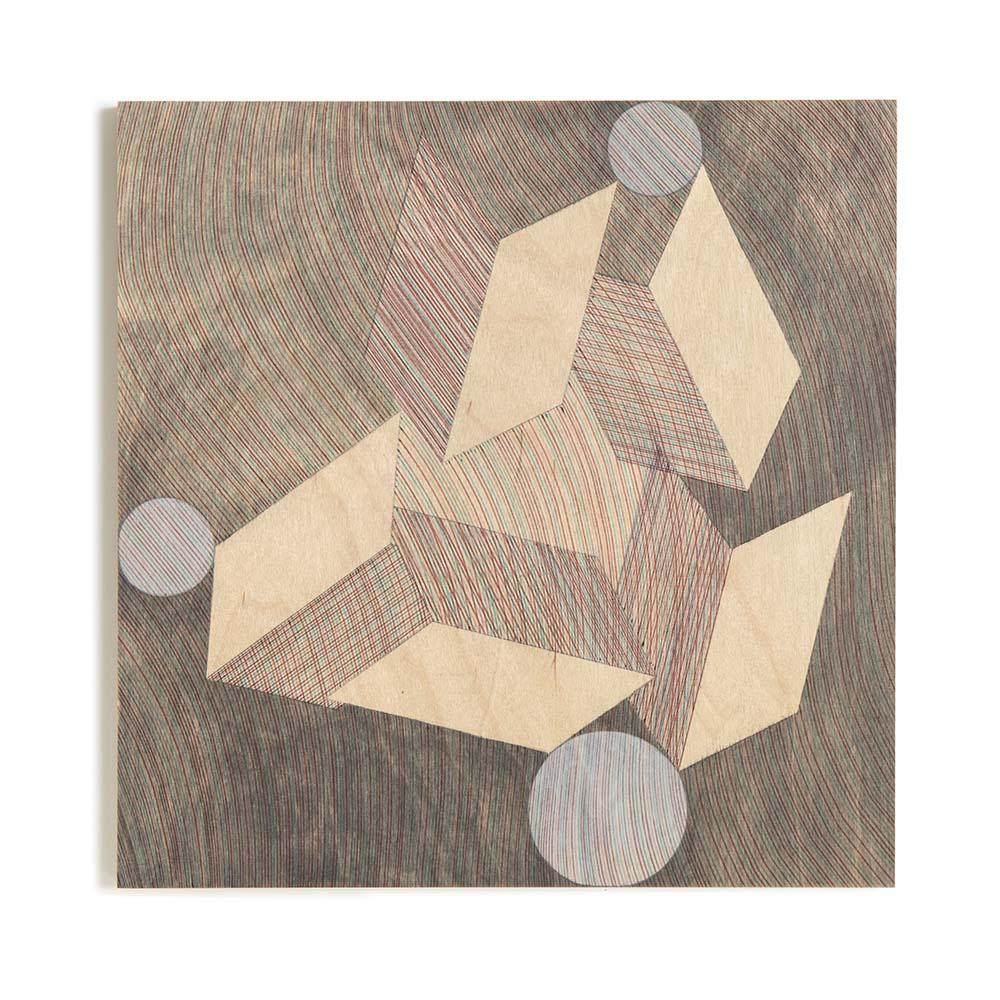 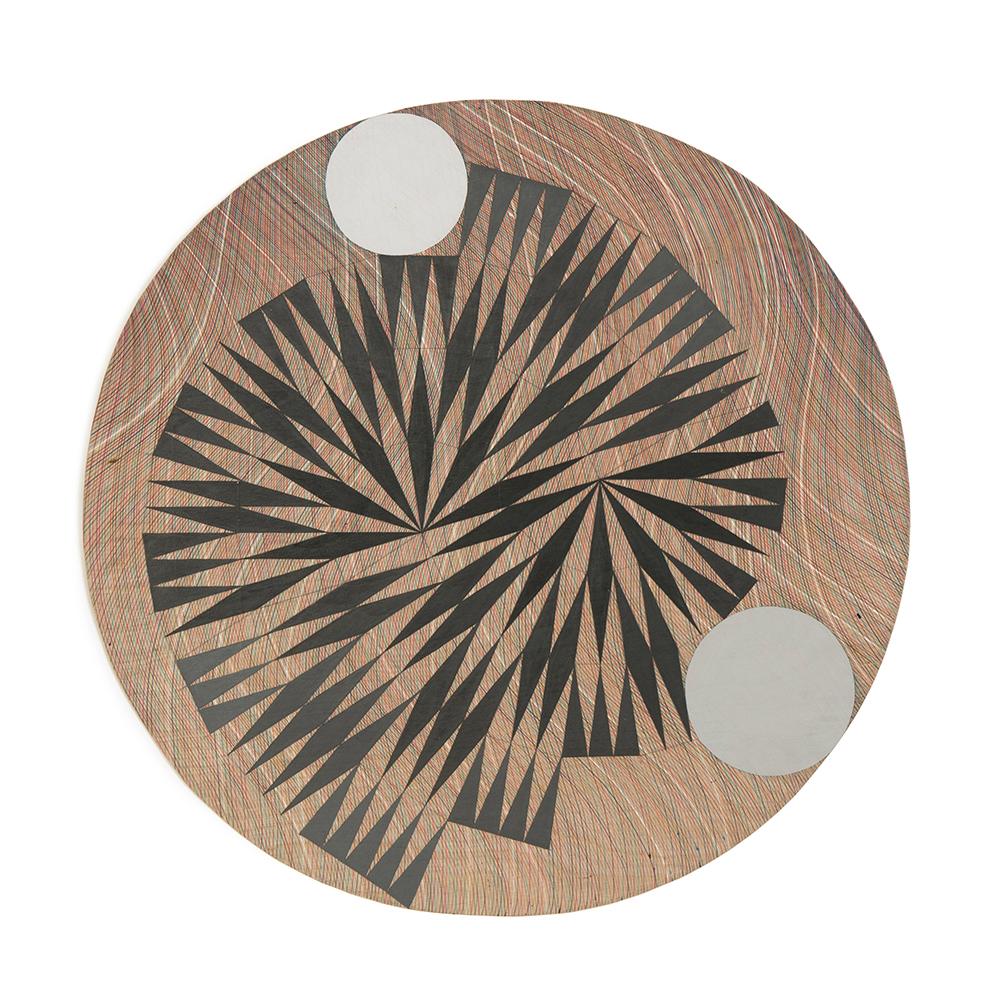 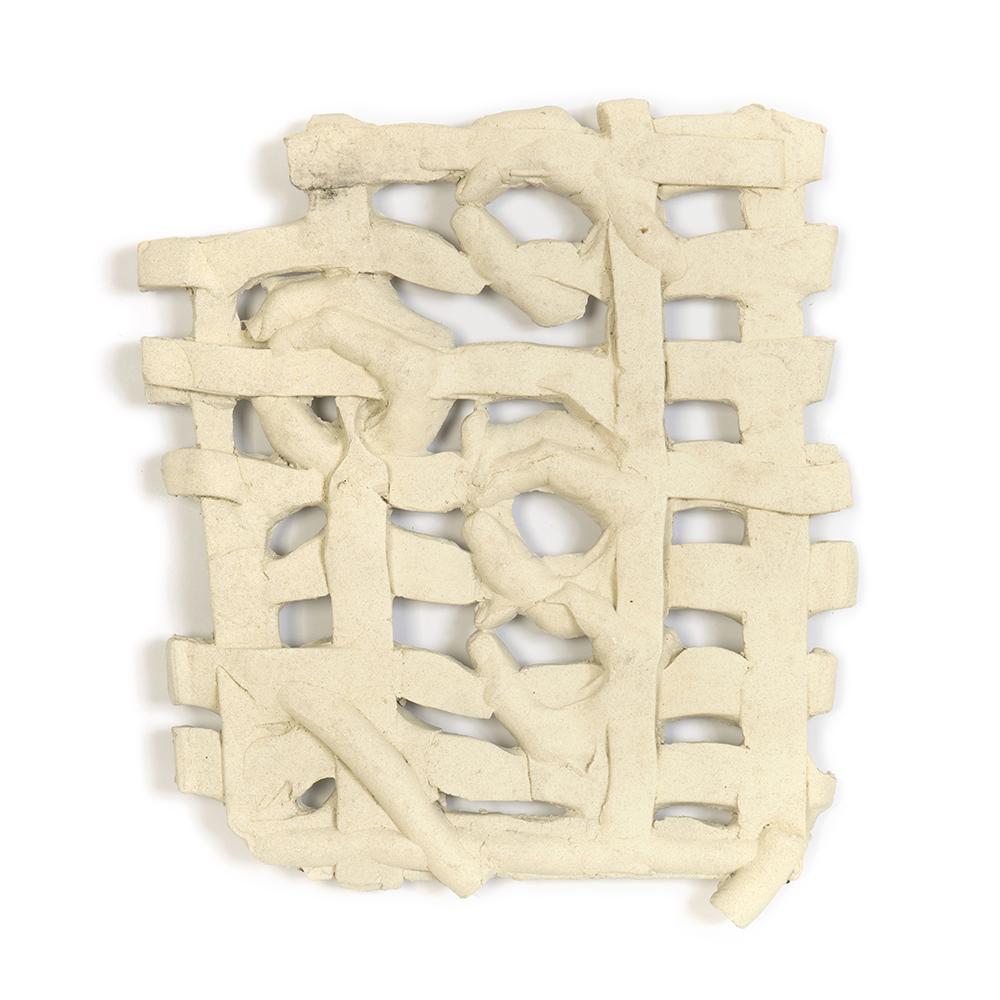 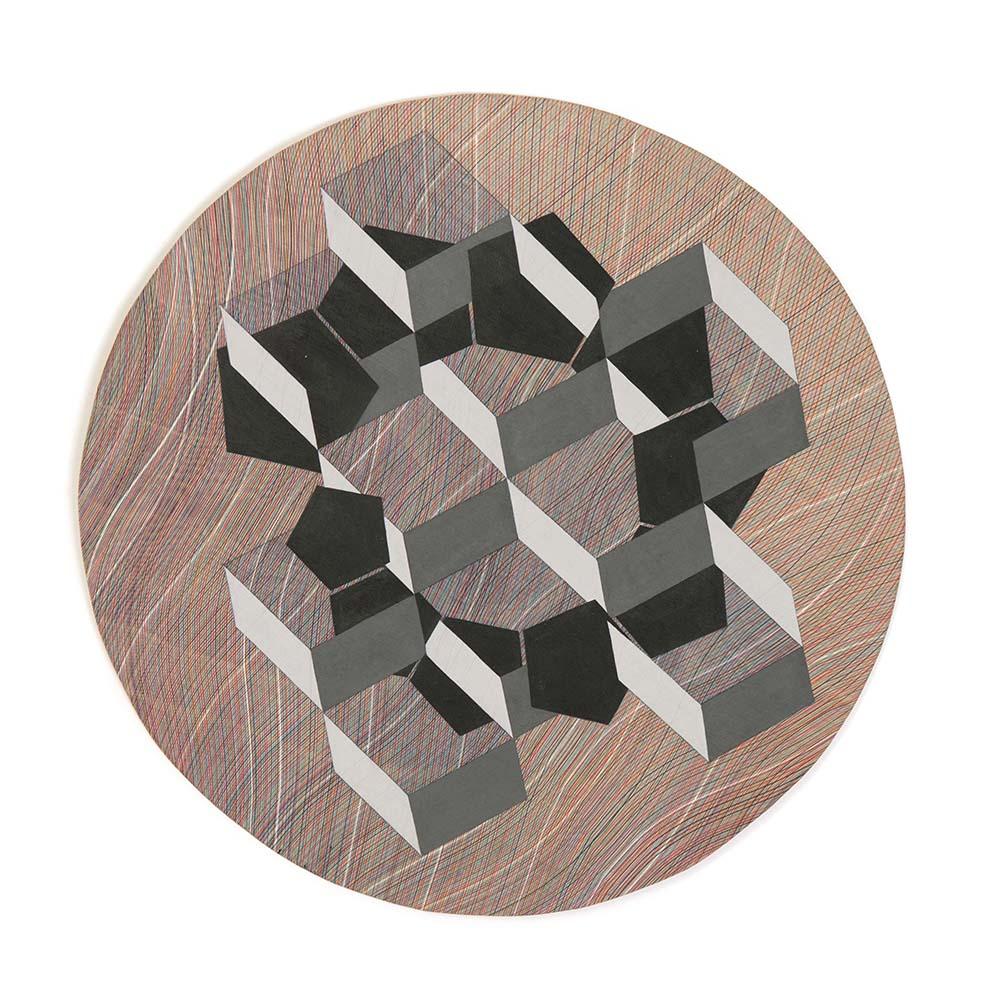 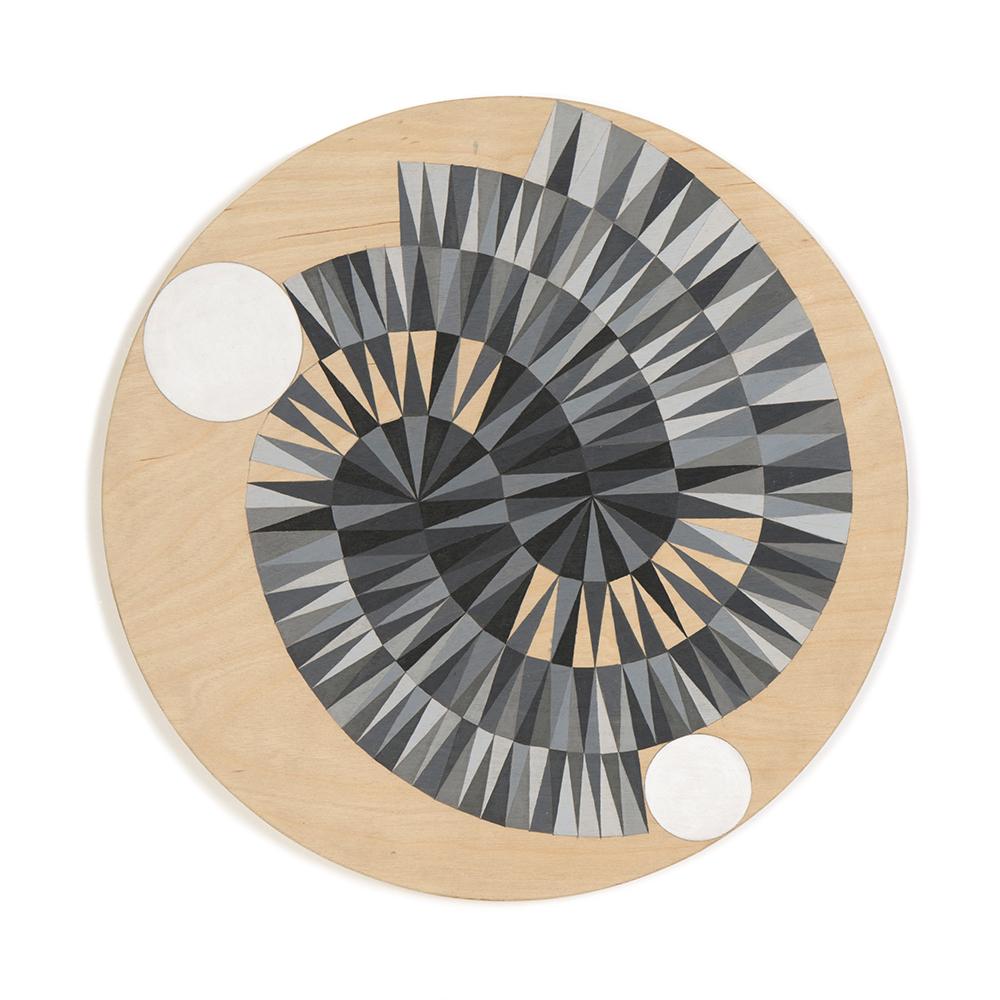 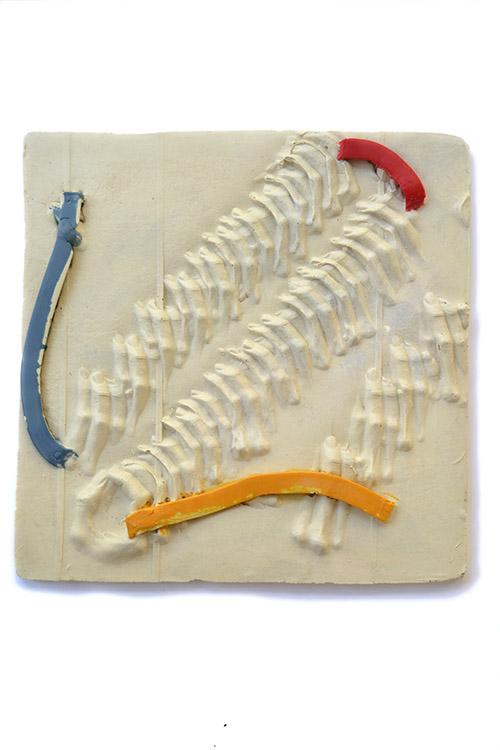 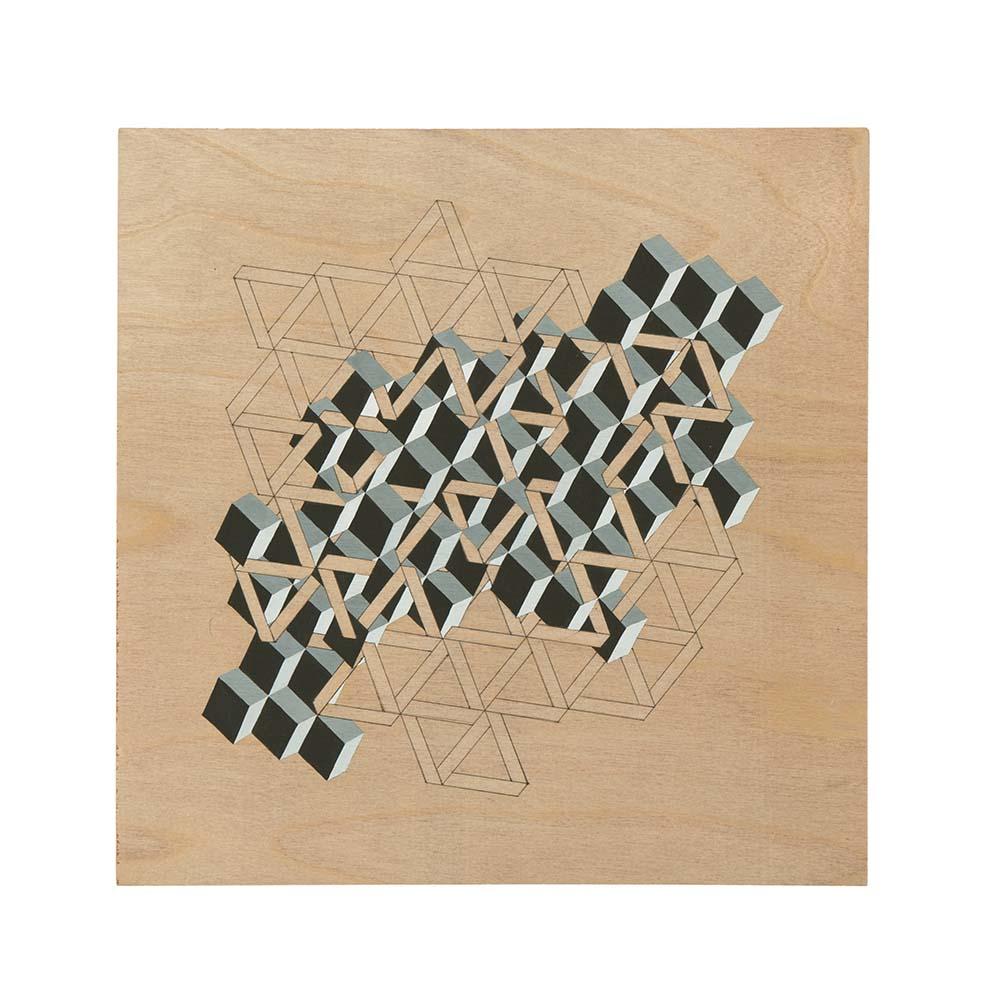 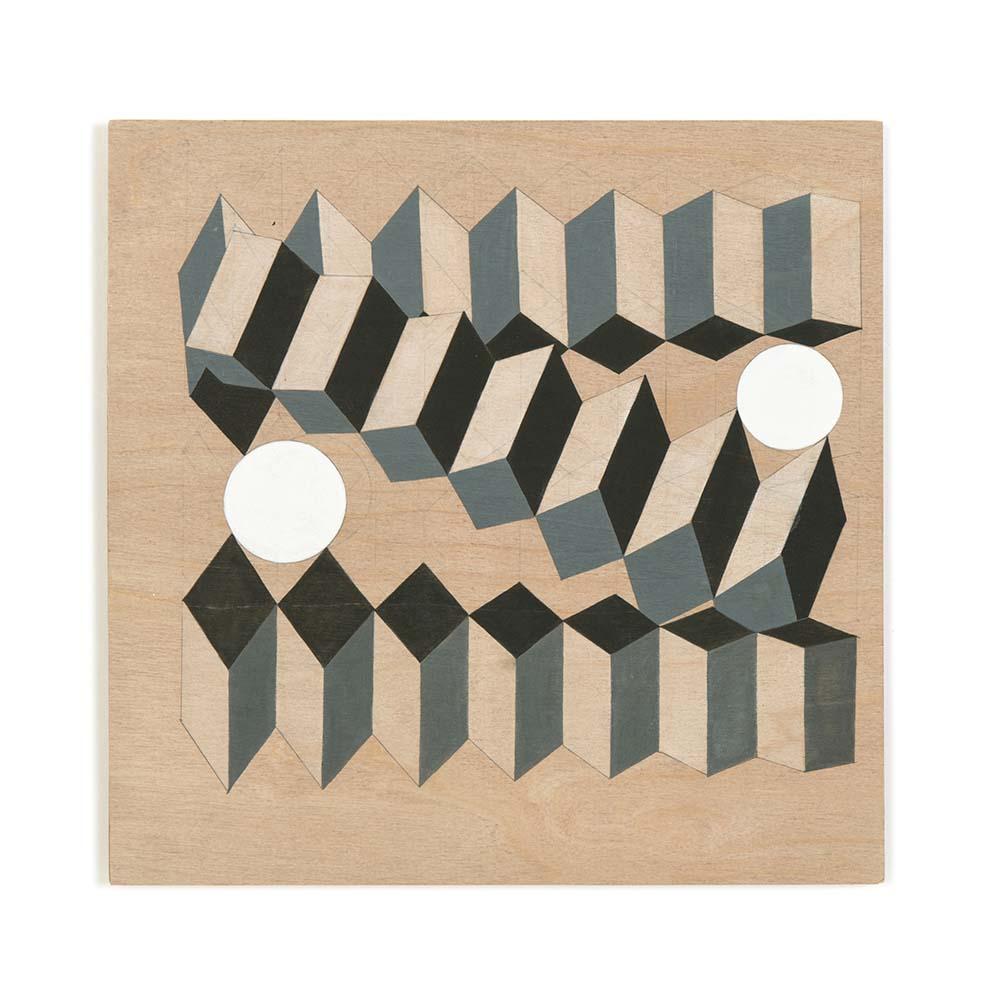 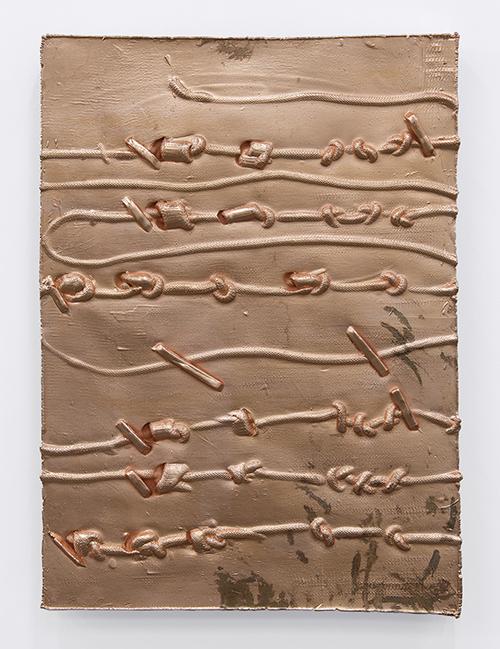 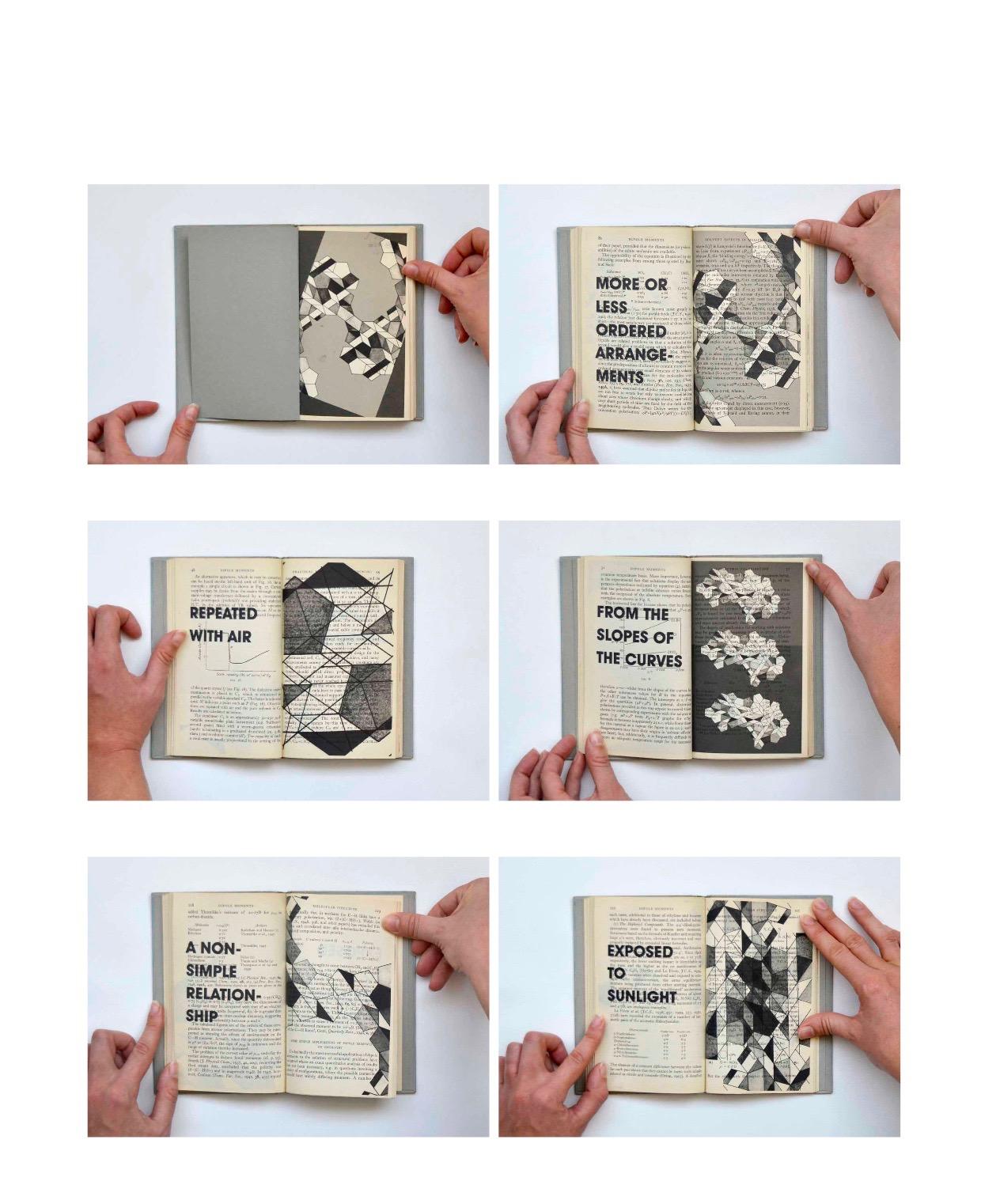 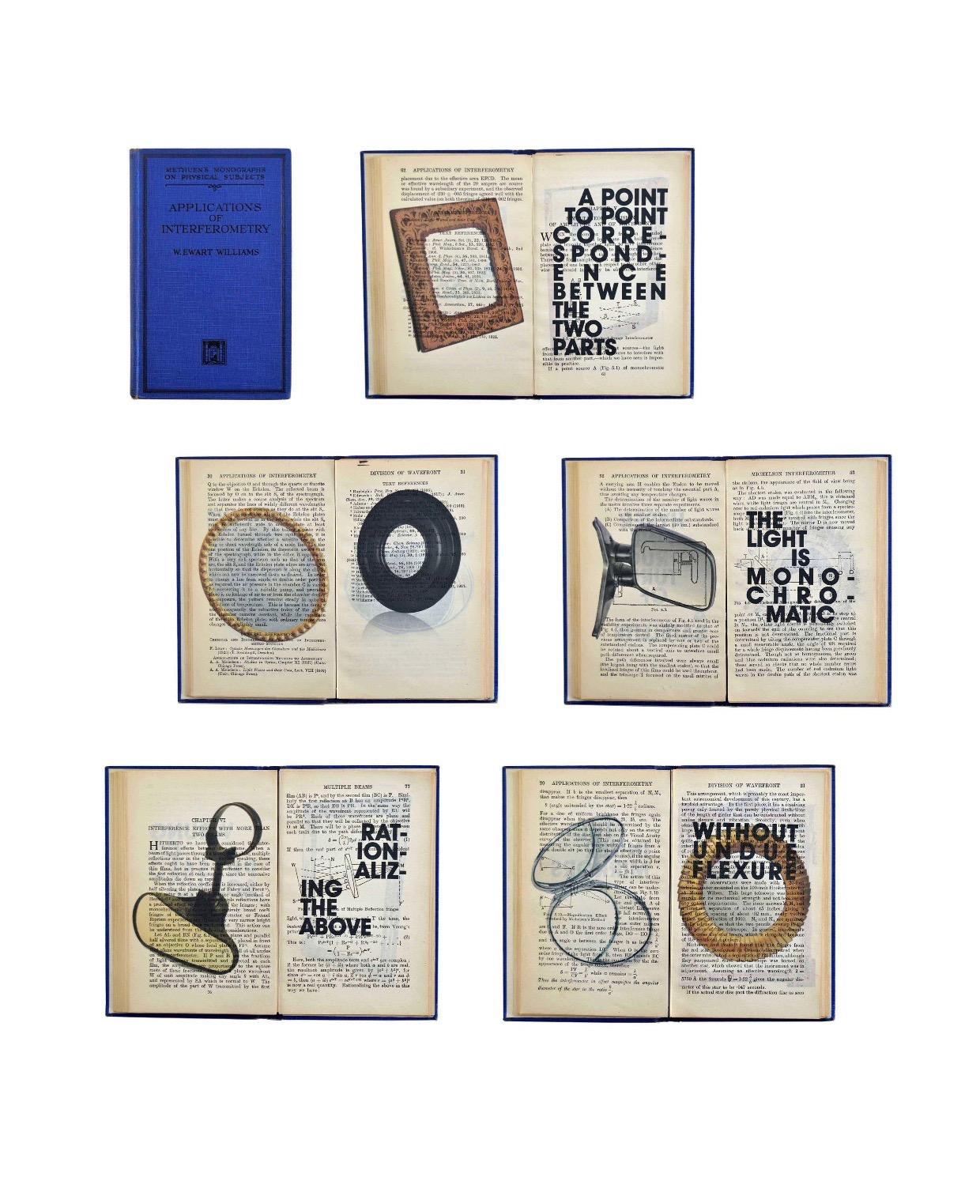 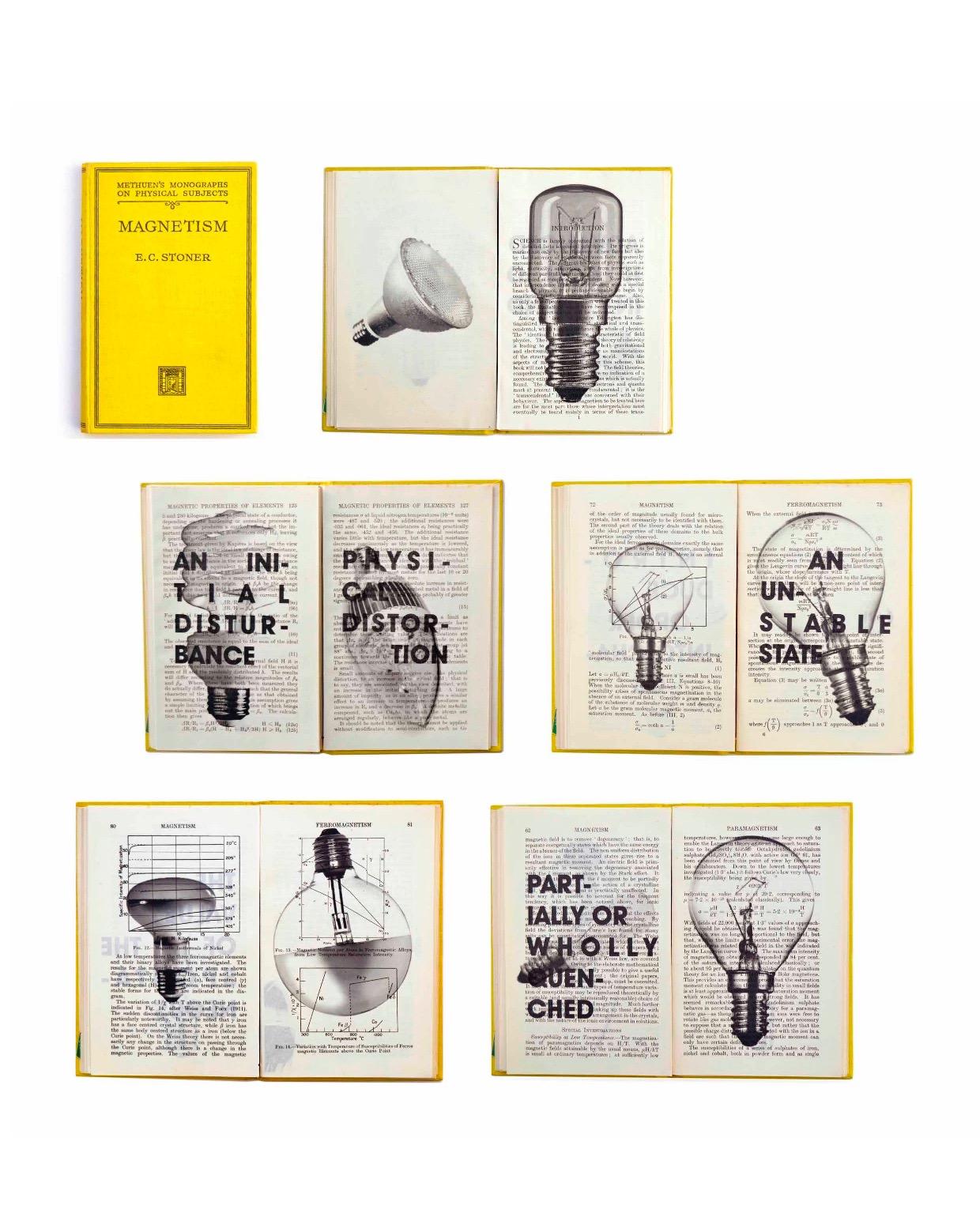 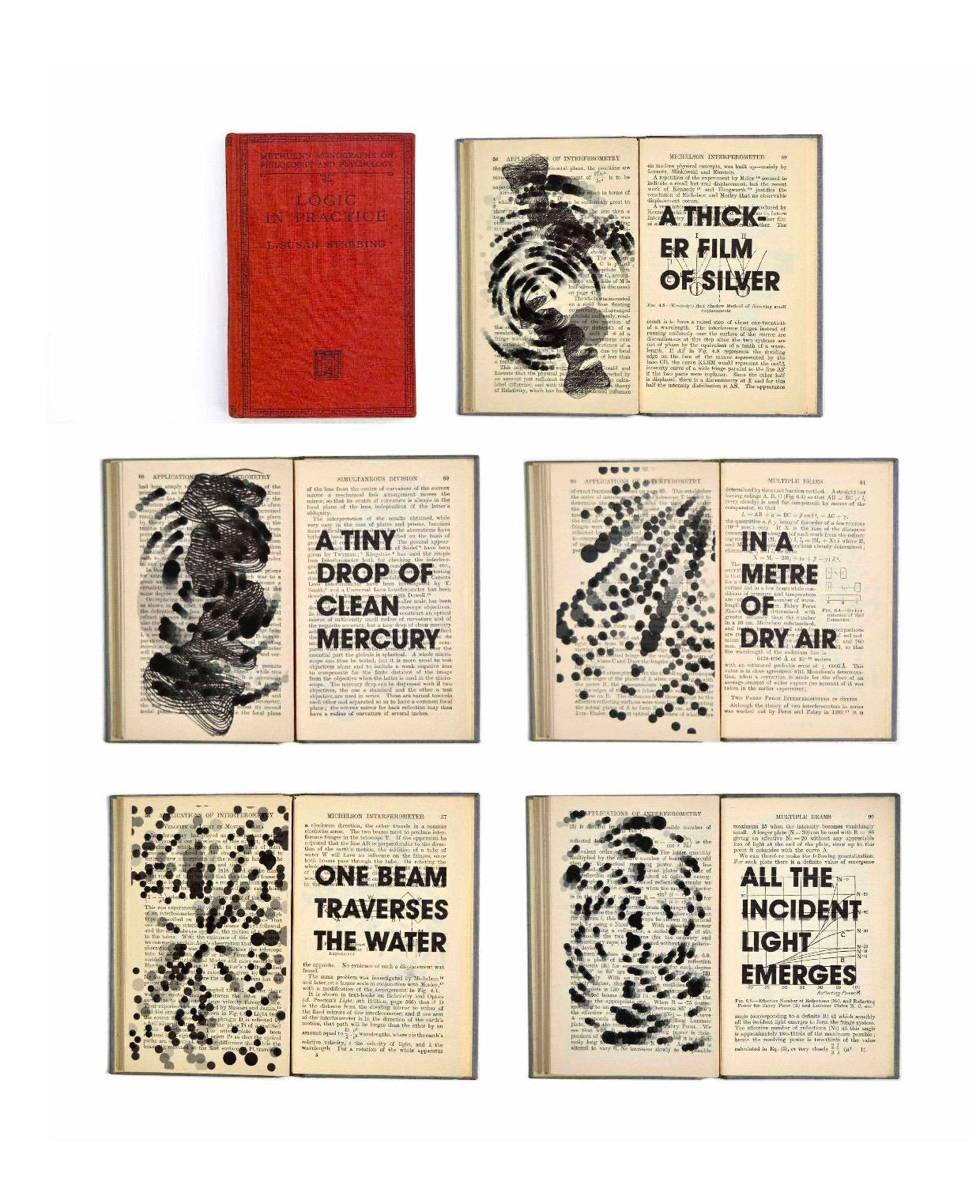 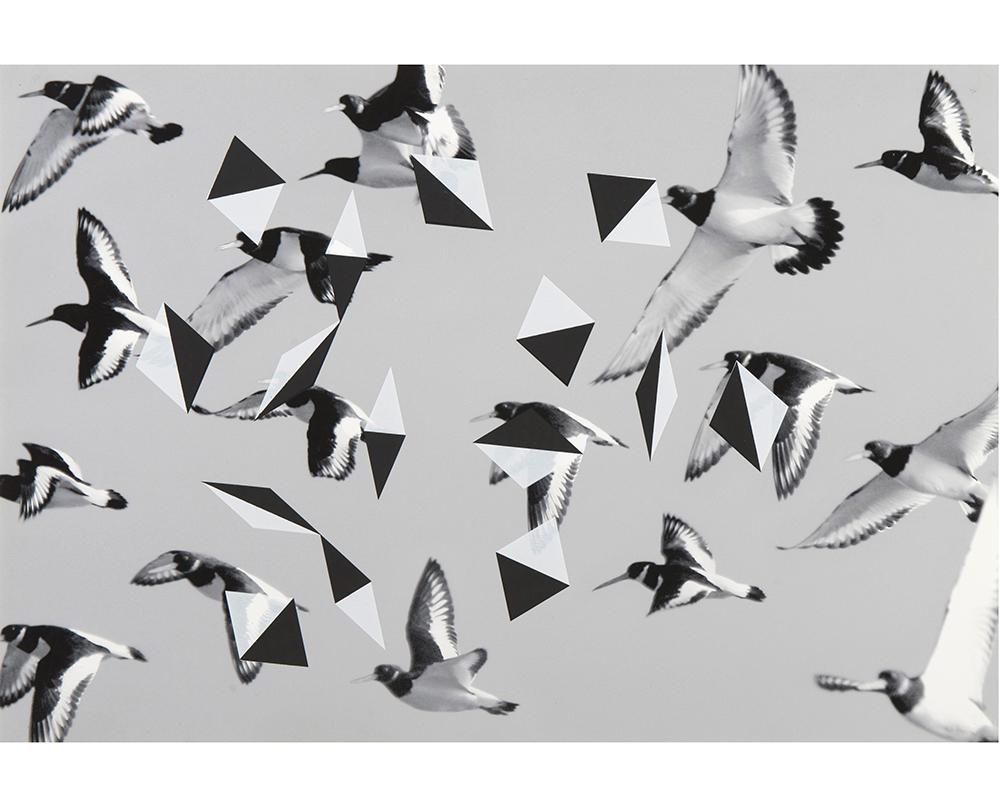 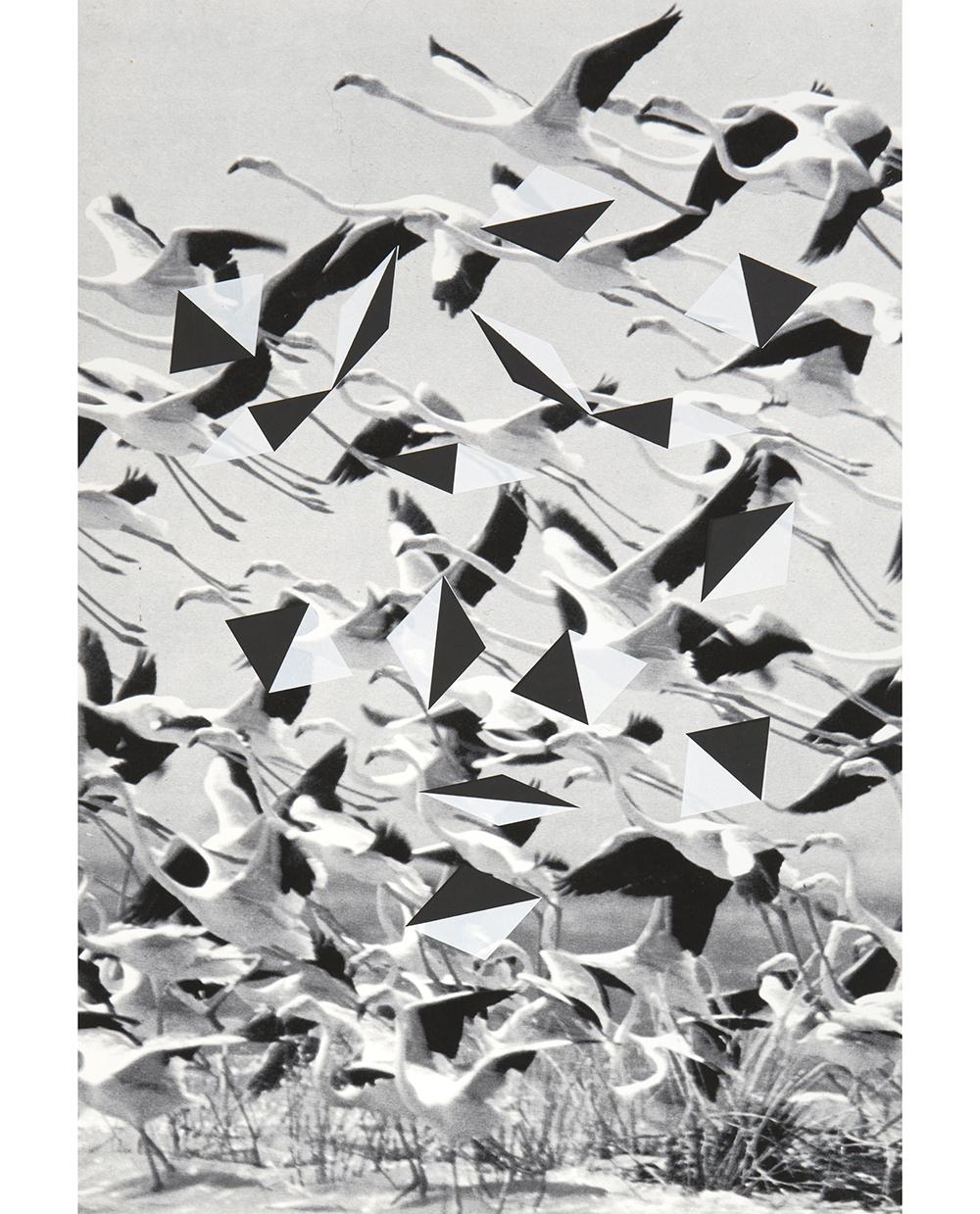 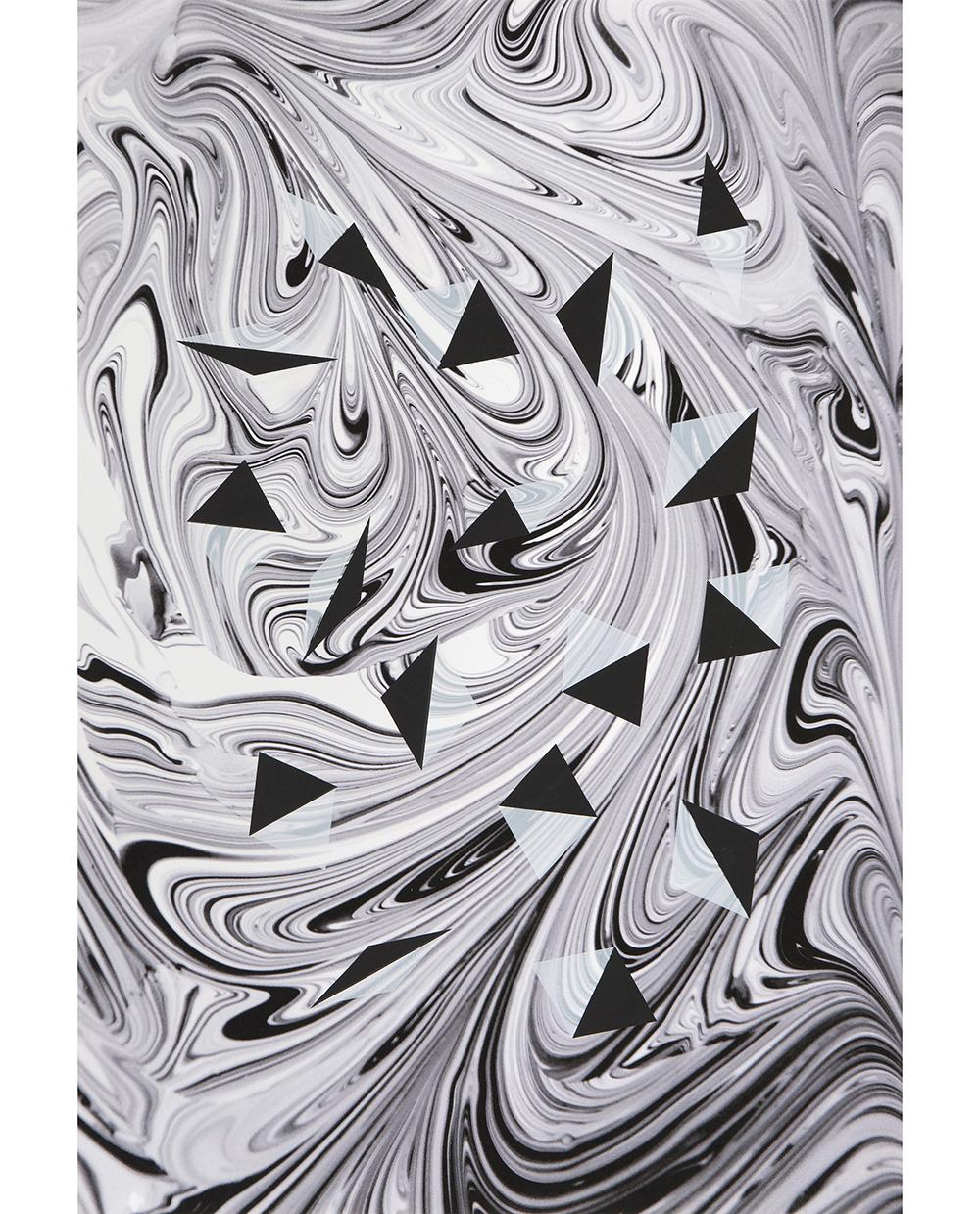 Τhe works will be on view in the ARCH library space from the 13th to the 31st of October, Tuesday–Saturday (11am–6pm), as well as online through Art Athina Virtual, as of October 15th. A full day opening will take place on Thursday October 15th from 12 to 9pm.

Rowena Hughes presents three of a series of prints derived from the Penrose pattern, which holds a particular fascination for the artist. Penrose tiling was discovered by the physicist Roger Penrose and was first thought to be an abstract mathematical puzzle with no application to the physical world. It was later discovered to be present in the atomic structure of certain crystals featuring configurations that were previously thought impossible. Through their special geometric qualities these two shapes have the potential to form an infinite non-repeating pattern. The found images of flocks of birds in flight are balanced between a sense of order and randomness complemented by the irregular repetition of the printed forms - together the two layers create a sense of movement and ordered disorder. The diamond shapes, though appearing scattered, are actually highly structured, forming a distinct layer between the image and the viewer.

Hughes’ series of drawings on veneers connect with similar themes, flat paintings of intricate geometry layered with the organic swirling lines of wood grain. The ideal abstraction of geometry counterbalanced with the contingency of natural matter. Her painting process is contemplative and meditative, concerned with a state of ‘flow’ - a mode of consciousness where one is completely absorbed in a creative activity. The grain of the wood is itself a record of time passed and provides a visual cue towards the resulting composition as opposed to the neutrality of a blank surface. An evocation of movement is also present, either as one shape depicted at sequential, rhythmical points in time or as growth arrested. The drawings are influenced by an interest in early modernist abstraction as well as mandalas, architectural drawings, textiles, aerial photography, islamic tiling, scientific diagrams and various oddities of geometry.

Hughes also presents four artists’ books that use old scientific editions, cutting out and printing on each page, overlaying the existing text and rebinding the book in the original cover. The pages are over-printed with images, drawings or stock photographs and phrases selected from the text on the underlying page, as a kind of ‘found poetry’, drawing on ideas from experimental literature such as the Oulipo group. The artist is interested in how a scientific text can contain language that is both evocative and subjective − phrases that can provoke the visual imagination. Contrasting the two modes of encountering text − when the text is supposedly transparent and objective or when enlarged, and broken up as fragments becoming visual, emphasizing the ambiguity and instability of language. The books become palimpsests, layering different forms of knowledge; a rational, empirical and purportedly objective way of understanding the world and a more haphazard, imaginative and emotive approach.

Athanasios Argianas presents the series Clay Pressings, which is related to an idea of recordings. Much in the way that a hand written text is a recording of a set of verbal thoughts, these wall-based relief works are created through a process whereby the artist presses objects directly into clay to make a mold. The rhythmical pressing of matter on matter, transient gestures in durational time, is cast into solid material.

The objects are then cast in composite resins, and electroformed in copper, chrome, or cast in synthetic plaster. The behaviour of the surface of clay rendered in materials entirely alien to clay creates a textural hybrid. Indentations are cast into protrusions, and scrapes and cuts are cast into lines. The process suggests a tactile viewing, whereby objects create visual sequences and form structure. As in much of Argianas’ work, patterns suggest a score or other codified language. Here, they refer to both very ancient forms of writing, cuneiform tablets or quipu, fossils, and simultaneously 3D prints, due to the serrated character of their build.

The structure of the pressings is defined each time, by a text piece – which is often conveyed in full in the work’s title, as in:

To see to zero